Over the last few months, I have been working on a new project for the amazing Victoria baths in Manchester, a restoration project to get the Baths back to their former glory, built in 1906 and in use upto the early 1990's ,threatened with demolition after they fell in to dis-repair ,they were eventually saved by the  BBC Restoration programme Vote and volunteers/ friends of the Baths,  who are still involved today.
My mugs are based on an image I produced, and are available in the gift shop for £8, all sales are put back into the project.
I have also produced a map, a birds eye view of the interior of the Baths,  this will be available as a large postcard.
If you get the chance to visit, you won't be disappointed, a gem just outside the city centre. 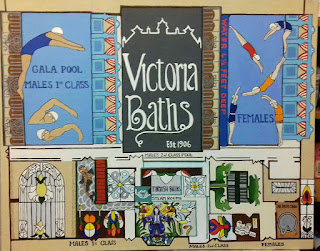 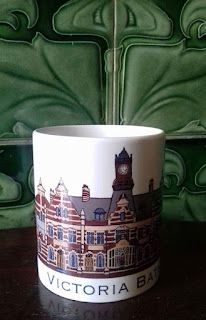