Hi, its been a while but its time to put together a new post .
Recently i was invited in to talk  and work with the fantastic children in year 5 from St Matthews Primary School in Edgeley.
The kids were were working on a project looking at the comparisons of landscapes /Skylines and Cityscapes here and over in America.
I was their featured artist who they were using to compare the differences in styles of architecture. In an earlier class they had used their sketch books to come up with a collage of the New York skyline and some sketches taking inspiration from my Stockport Townscape images.
During my sessions with them we created some more sketches, with the children choosing which of our local landmarks they would like to do, they were brilliant!

It was such a pleasure to look through their sketch books see some of the work they had been doing.
My next visit, delayed slightly because of the 'Beast from the East' we were getting some ideas together to create a big picture.
After choosing a building, in pairs the children worked together to produce some drawings that they were then going to make into a collage.
It was all very messy but we had great fun.

Cutting and sticking , generally having a great time and getting absorbed into the job in hand.

I had made a start on the main feature of the 'Big Picture' Stockports own Viaduct, the children then continued it on and then added a chimney,
Once they had all finished their own designs and they had dried overnight, the next step was to put it all together.
I think you'll agree it looks fantastic.
I have had such a great time working with this class, they ask the most interesting questions ie: am I a millionaire and do I have a swimming pool, to what and who is my inspiration, and which is my most favourite painting. 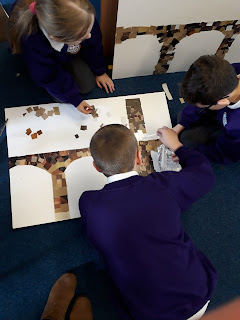 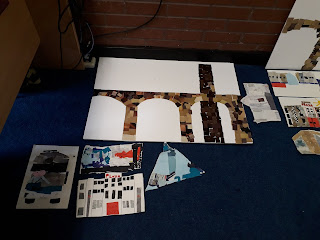 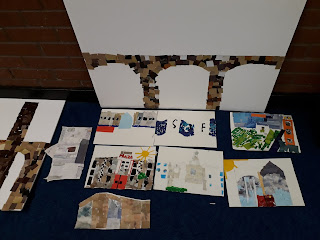 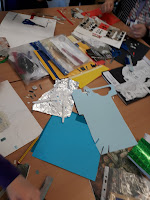 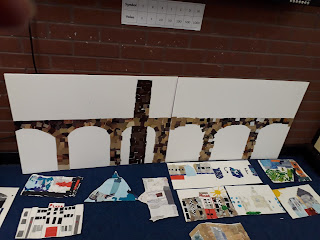 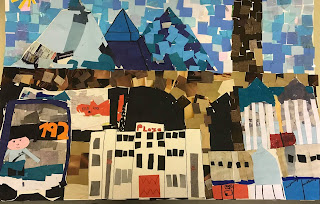 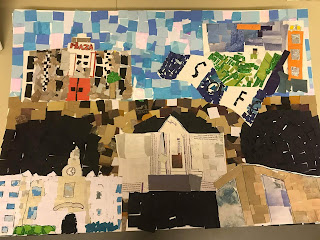