What an interesting week it's been.
In June I will be taking part in the Heatons Art trail, a weekend of arts and crafts, artists and crafters getting together to showcase their work.
A small article in this week's Stockport Express let's you know a bit about what's going on.
I was surprised to see that one of my paintings had been featured. 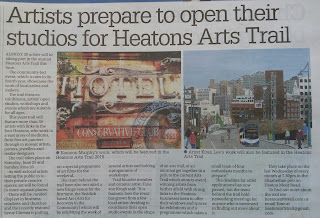 A trip into town/192, however I was even more surprised to see that they had made a big mistake and credited my picture to someone else.
For my first time in print,a tad disappointed to say the least.
A phone call to the paper resulted in an apology and a correction in next week's issue....watch this space.
I was also made aware that my Stockport tea towel featured on the telly on Sunday,  a programme about Stockport market and the situation with the council,still a very uncertain  time for the local traders. 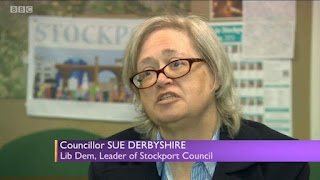 Finally a casual conversation about the stone owls that used to reside in the grounds of Bramall Hall resulted in a bit of research and a short while later a photo was found of my brother Pete in around 1965 looking delighted with his discovery. A little more about the story on the' We are lets go blog.'
http://www.weareletsgo.co.uk/blog/ 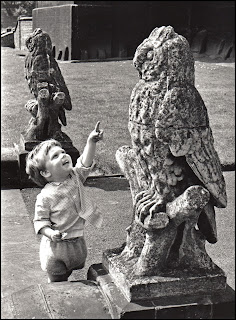